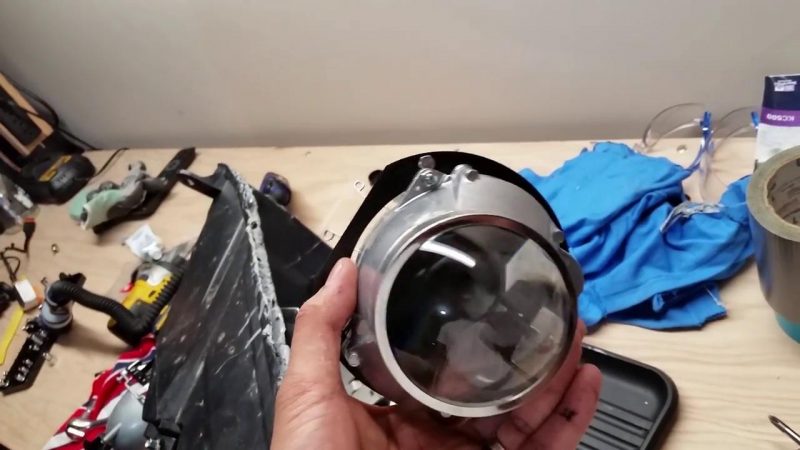 I want to do a quick introduction of the FX R, it is swapped for the 2013 Plus Rams, but mine is the 2016 Ram, I am going to retrofit it in my Ram. It provides a bracket for the hid projector itself, the weird thing about this bracket is that the bolts. they are in a different housing, there are two on one side, but the two screws or the four screws will hold the bracket on. So I need to make sure everything was even was I put in washers.

I put in two washers on each side, in order to make the brackets even, so the bottom part was sucking and the top part still had the gap. So I tossed some washers to fix that problem. I cut in a little groove in the bottom of the hole headlight assembly. That allows for the screw on the solenoid to fit in. So that is the only modification that the assemble the bracket put it onto the projector.

I tossed the washers in to make sure everything is nice and even, and that the projector can slides in and lines up, now it can slides everything. On the back, I use another washer to hold a projector. It is hard to get it, but you can screw in from the back. If you use the washers instead of screwing all the way and you’re just screwing till you hit the housing. It held it in nice and firm that didn’t wiggle it. 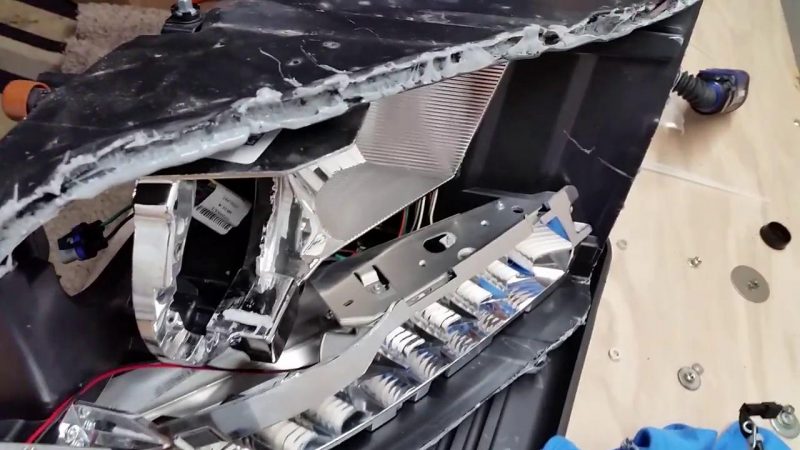 The hardest part of was getting the headlight assembly apart. If I have to give any advice, I would say use a lot of heat. I used about 260 degrees and I probably baked it for about an hour and a half or so about 20 minutes. I take the little screwdriver went around the edges. It slowly starts giving and I am going to put back together. Now I finish it, that I can install in my Ram.